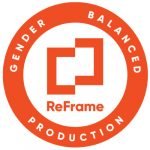 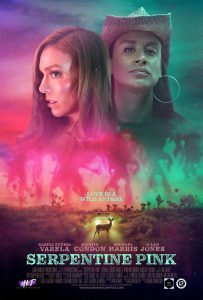 Check the schedule for other great programming at IFS L.A. Film Festival 2022!

Serpentine Pink is a neo-noir thriller with eclectic characters that explores how we can confront and heal from deep-rooted emotional trauma.In the wild west of California’s Joshua Tree desert, a solitary biker woman and her dancer lover have to find a way to heal from the wounds of their violent, visceral passion after a brutal night brings to surface their past traumas. They seek help from an ethereal psychic and her aspiring healer companion, and they converge with supernatural forces to confront and then heal the women’s deep-rooted personal pain, long-plagued by the toxicity of possessive love.

The film captivates an audience through an unconventional cast and its unique, poetic tone. The film casts colorful aesthetics and on-set effects (e.g. projection mapping), intriguing sound design with immersive soundscapes, and quirky prop characters over its beautiful desert locations throughout Joshua Tree and Yucca Valley.

Serpentine Pink is honored to receive the ReFrame stamp through Sundance Institute and Women in Film, Los Angeles. Proudly diverse, the cast and crew are 50% female which include an all female camera crew, all female directors unit, female EP, female costume designer, female hair and makeup team, and majority female cast. The cast and crew are diverse in sexual orientation, gender identity, gender expression, cultural backgrounds, and generation.

Championing underrepresented voices both in front of and behind the camera, this film taps into sustainable and innovative filmmaking to immerse viewers into a surreal journey that provokes the senses and entices emotion.

Hard Knock Productions is a social impact production company focused on developing unique stories to increase the visibility of LGBTQIA+, Black, Indigenous, and People of Color, and people with disabilities, and we leverage these stories to educate others and advocate for marginalized communities through partnerships with non-profit organizations.

Art into Activism is a 501(c)(3) organization that promotes and supports diversity, equity, and inclusion of underserved and marginalized persons and communities, encourages environmental sustainability, and supports art that promotes positive social impact.